I disappeared a bit in 2016 and the year was quite blurred and there is lots i scarcely remember.
I think its my mind protecting me from overthinking. 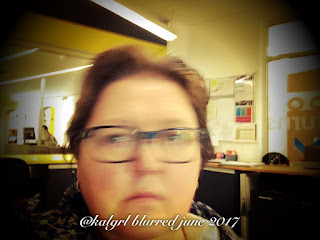 I was unwell, and I have the scars and tattoos to prove it...    I have a check up soon and things appear to be going well.

Diving back into work for the second semester, was busy. Even with the downturn in the Mining industry, there is a lots happening to keep the students moral up and many training courses and onsite activities.
I started this post last year and publishing is a sign of moving forward.
Enjoy winter, hope for rain.
@kalgrl
Posted by Kalgrl at 10:13 1 comment:

The thing I learnt to bake this week...

Madelines
Noted as tricky to cook and a bit fussy, I have always wanted to cook them after watching (believe it or not ... I could make something up but ...) Transporter with Jason Stratham and if I remember correctly Shu Qi. She cooked them for breakfast at his home.
But I digres...
I read a couple of recipes and there are a lot of flavours and advice on the process.
Here are a few things I gleaned from the lots of advice...
1. Really beat up the eggs and sugar until creamy.
2. Sift the flour (you can use plain flour, sifting is important)
3. Rest the batter in the fridge for at least an hour or overnight
4. Freeze the tins to keep the batter as cold as possible before putting in the oven
5. Before freezing the tins brush them with a mix of melted butter (2tblspns) and flour (scant tblspn)
Recipe
3 eggs
130gcaster sugar
200g
1tspn baking powder
5tblspns milk
200g butter melted
Extra
2tblspn butter, melted
2tblspn caster sugar
1tspn cinnamon (ground)
Method
Beat the eggs and sugar until very creamy.
Sift the flour and baking powder.
Mix the milk with the cooled butter and add to the egg mix in a stream, while mixing. Fold in the flour in two batches.
Cover and leave to rest in the fridge for at least one hour, or overnight.
Heat the over to 180c and put 1 heaped tablespoon into each shell.
Place on high shelf in the oven and cook for 8 minutes. Turn the trays and cook for a further 5-7 minutes. They are cooked when they spring back in the middle and they have browned a little around the outside edge.
Remove from the oven and leave to stand for 2 minutes. Use a fork to remove from the Pam and turn onto a rack to cool. Brush with melted butter and toss in cinnamon sugar. Serve. 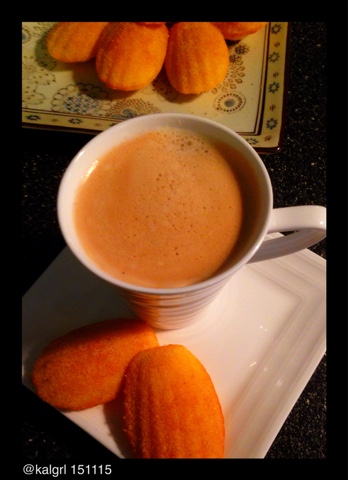 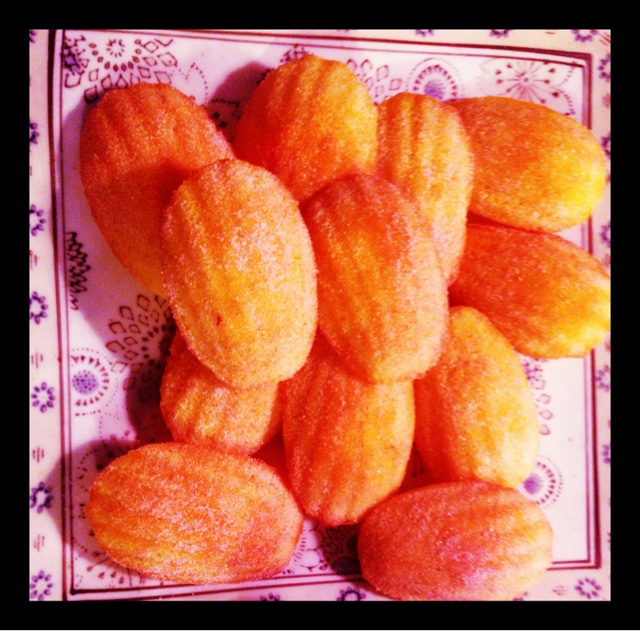 sometimes
when it is quiet
I think I can hear
ghosts of geologists past
licking rocks, talking ultramafic,
engineers planning minecraft and
metallurgists melting samples
geotechs have gathered from
wide greenfields of hope
but
only when it is quiet 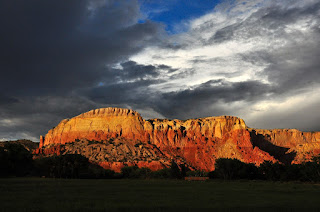 Poems my Father would quote....3

This poem featured in our childhood a lot. Dad would quote it often.
He was a shearer when he was younger and would tell us tales of shearing all over Western Australia.
This was in the ten years before he and Mum were married in 1958.

The story of how he travelled to the east with a shearing team and discovered when he got there that the "wide comb dispute" was in full swing. Not wanting to be a 'scab' he moved on from shearing to working on the Victorian side of the 'Snowy Hydro electric scheme" as a 'raceline skier'. My parents were married in Mount Beauty and then travelled back to WA.

Any way, here is the poem he would quote...
http://www.wabushpoets.com/pastpoets/sorensen/civilitygreen.html

The Lay of Civility Green

Now ‘Billy the Pinker’ and ‘Quality Jack’
With ‘Jimmy the Moulder’ were shearing outback
When quite unannounced, there arrived on the scene
A man by the name of ‘Civility Green.’

Civility Green asked the boss for a stand
And the boss placed a Moffatt machine in his hand
And ne’er on that board was such swift action seen
As displayed by the stranger, ‘Civility Green.’

Then ‘Billy the Pinker’ toiled hard in his wake,
While ‘Quality Jack’ found defeat hard to take,
And ‘Jimmy the Moulder’ said things rather mean
About the descent of ‘Civility Green’

Said ‘Jimmy the Moulder’ to ‘Quality jack’,
And ‘Billy the Pinker’, it’s us for the track
Unless by deep thought, we some method convene
To steady the pace of ‘Civility Green’

To ‘Billy the Pinker’, a brilliant scheme came
By throwing his voice, he had once courted fame
He communed with the rest, and a loophole was seen
Where a shot could be aimed at ‘Civility green’

Next day when the ringer rushed into his pen
A timid young ewe cried “He’s coming again”
While a woolly old ram shouted out angrily
“Stand back, my good fellow, Dot dare to shear me.”

The ringer sprang backward and pallid of cheek
He asked of the others “Did you hear them speak?”
They all answered “No, we don’t get what you mean”
“I tell you, they spoke” said ‘Civility Green’

In quavering tones he said “Oh deary me!
By Jove and by Jingo, by Crikey, by Gee!”
He reached for his jewellery, gave back his machine
And off on the track went ‘Civility Green’

Away to the Nullagine country he flew
He swam in his panic, the wide Fortescue
When in russet and pourple, the night changed to day
The pale star of morn saw him still on his way

By Nullagine River, an old shearer dwells
Remarkably strange are the stories he tells
When bushmen are speaking of wonders they’ve seen
“I once heard sheep talk”, says ‘Civility Green 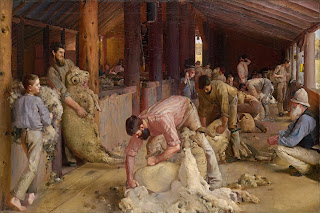 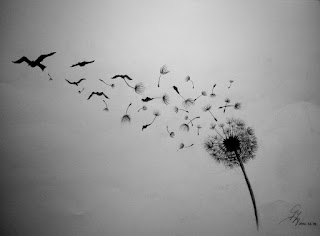 In this year I have been deciding to let some things go that I had been both chasing and clinging to for a number of years.
I hadn’t realised how much these things had been directing my day to day and colouring my interactions with others, until I decided to let them go.

The ideas I had in the beginning and the reasons for much of my direction has changed.
It is freeing in a mental sense and also, hey more time to do other things!

There were also other things that I was through circumstance, made let go, losing an immediate family member to cancer is hard and I am still coming to terms with the loss.

My nest will be also empty this year, that is something I thought would not be as hard as it has proven to be. However it is a joy to see them both blossom into young adults. It is just far away.

So this is me, letting go…on the last day of #blogjune2015, I can’t wait to see where it leads.
@kalgrl
#blogjune

And…
“in the end only three things matter: how much you loved, how gently you lived and how gracefully you let go of things not meant for you.”

Still out here trying to be graceful. 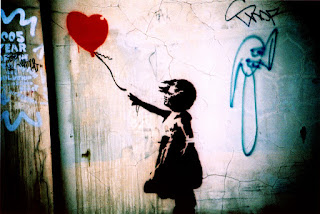 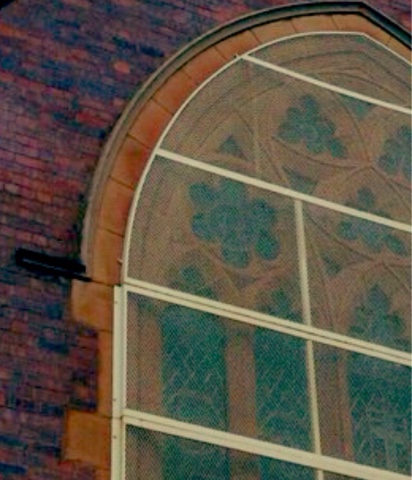 Grieving in stages. It does happen. 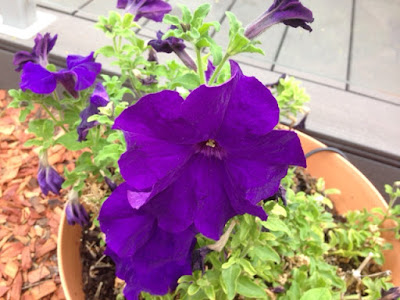 @kalgrl
#blogjune
thanks to 'Bun Toting Librarian" for the meme
Posted by Kalgrl at 12:53 No comments: